The ECO-COMPASS project, focused on Ecological and Multifunctional Composites for Application in Aircraft Interior and Secondary Structures, has celebrated its meeting of the project in Quanzhou (China) from 7th to 9th November, 2018. All the partners, both European and Chinese, have taken part in the event which has coincided with the 10th International Conference on Green Composites (ICGS-10). 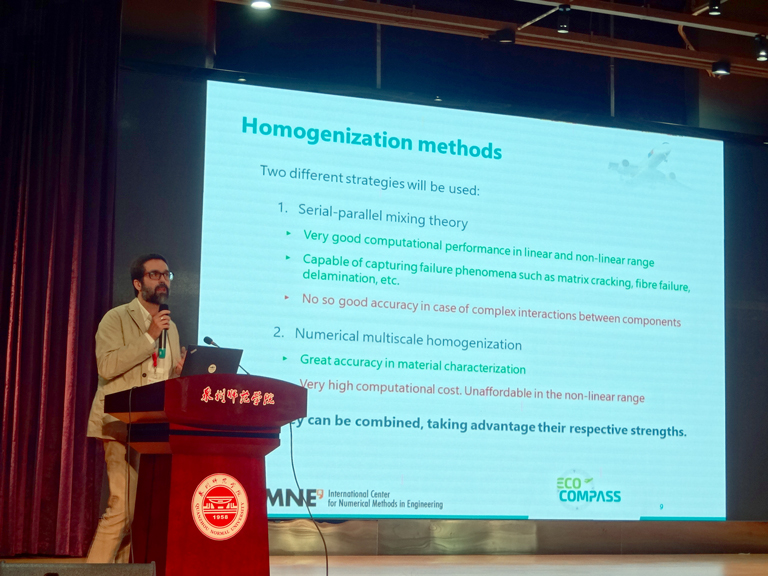 Xavier Martínez during his speach in the conference

During the session the different European partners have presented their works a thematic talk. Among them, the researchers of CIMNE Xavier Martínez and Lucía Barbu have been done the work that has being doing from the institution and they gave a talk entitled "Homogenization procedures for the analysis of eco-composites for aeronautical structures".

Photo group of the participants in the meeting of the project