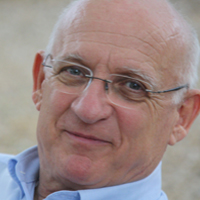 Full Research Professor of CIMNE Xavier Oliver has received a Proof of Concept (PoC) 2019 for the project METACOUSTIC (Computational design and prototyping of acoustic metamaterials for tailored insulation of noise).

PoC grants were created by the ERC's Scientific Council, set up by the European Union in 2007, to complement the range of ERC core grants and other activities, which all form part of the EU's Research and Innovation programme, Horizon 2020. An independent review shows the funding, available since 2011, has helped ERC-funded scientists attract capital to make their research marketable and set up new companies. The budget for the whole 2019 PoC competition - which takes place in three rounds - is €25 million.

Xavier Oliver has been awarded in the second funding round of 2019, in which the ERC evaluated 132 applications, slightly lower than the 134 evaluated during the first round.

List of the 62 grantees by country of host institution