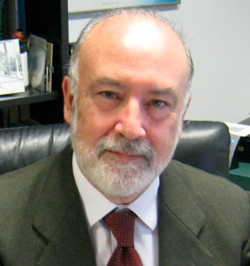 According to a study by the American company SciTech Strategies, Inc published by the scientific magazine PLOS Biology, Professor Eugenio Oñate, director of CIMNE and professor of Structural Mechanics at the School of Civil Engineering of the Technical University of Catalonia (UPC), has ranked 30th in the worldwide ranking of scientists in the Applied Mathematics field (a total of 15.805 authors in this field are included). With a c-score of 4,109, Prof. Oñate in the first Professor of the UPC in the list, and he ranked 14.122th in the general ranking of scientists and 219th in the Spanish ranking.

It must also to be highlighted that around 70 professors of the Technical University of Catalonia appear in this ranking. Prof. Eugenio Oñate, which appears with his affiliation at CIMNE, is first UPC professor in this ranking.

According the article "The geograhy of the 2%" [read article in Spanish] authored by Pere Condom-Vilà, which analise the impact of this study, "Catalonia has 661 representative scientists in the list, representing 0,4% of the world and 29% of excellent Spanish researchers. Again, also by means of this indicator, the concentration of good Science that Catalonia represents in the state total becomes evident, 78 registered in CERCA institutions".