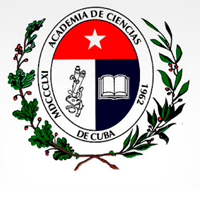 The CIMNE researcher and group leader of Bio-Medical Engineering, Eduardo Soudah, has recently been awarded the National Award 2020 by the Cuban Academy of Sciences. This award is thanks to the collaborative work “Mathematical modelling for problem-solving of production, services and health” led by Technical University of La Habana José Antonio Echeverría (CUJAE), in collaboration with CIMNE, Hospital Clinico Universitario de Valladolid and the University of Valladolid.

In the opinion issued, the Cuban Academy of Sciences highlights the solidity of the investigations that make up the project and the novelty from the point of view of the contribution to knowledge, especially with regard to mathematical modelling for decision-making in various areas.

The Cuban Academy of Sciences has also highlighted in its deliberation that the research offers solutions to specific problems addressed with a scientific and methodological approach which has achieved visibility at the national and international level due to the publications released.