On September 2014 CIMNE started the construction of a new building of 2,270 m2 in the Campus North of UPC – Barcelona Tech in a zone adjacent to the central offices of CIMNE in Barcelona. The so-called B0 building hosts the premises of the Flumen Institute for River Dynamics and Hydraulic Engineering, a joint initiative between CIMNE and UPC as well as spaces for research, education and technology transfer activities related to the development and application of numerical methods in engineering, with emphasis on civil engineering.

The construction of the building has been co-funded by the FEDER programme of the European Commission.

The new building has been finished by the end of 2015 and researchers moved to these new facilities during the first months of 2016. This new building is equipped with modern experimental facilities for model scale testing of river dynamic and hydraulic problems and it also provides work areas for researchers at the graduate level (masters, doctoral and postdoctoral) and for senior researchers from CIMNE and UPC – Barcelona Tech. 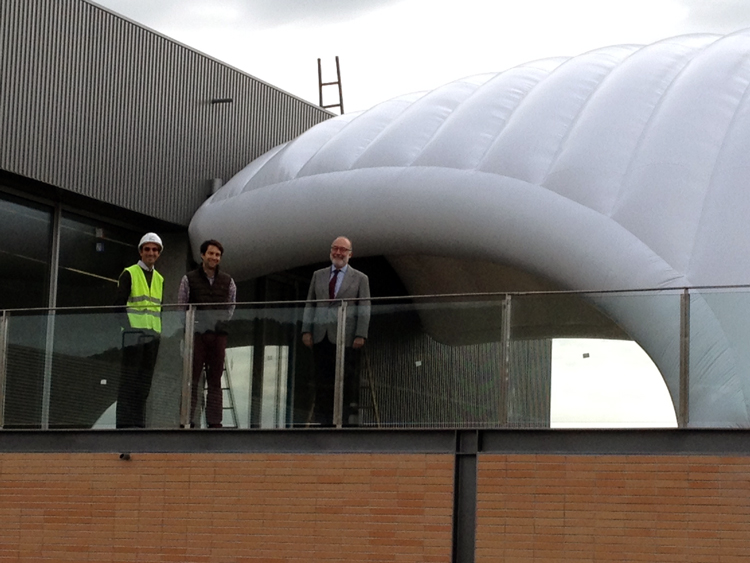 Photo: BuildAir installs an inflatable structure in the B0 building. February 26, 2016. 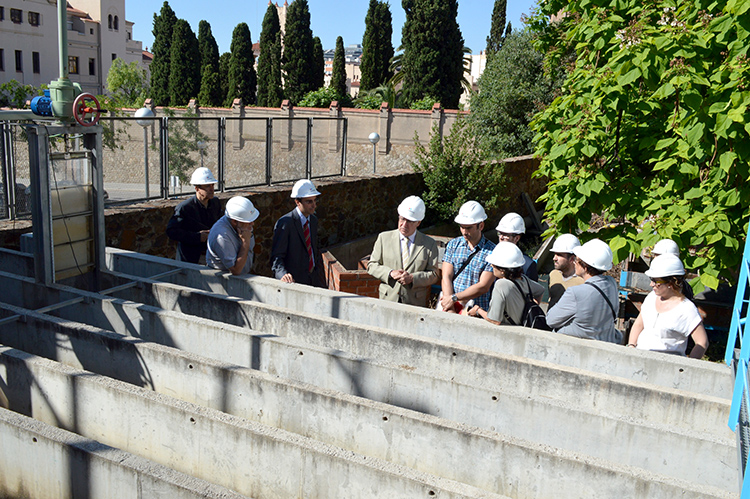 Photo: Members of the General Directorate of Research of the Generalitat of Catalonia visit the construction of Building B0 accompanied by the Director and the General Manager of CIMNE. June 5, 2015.